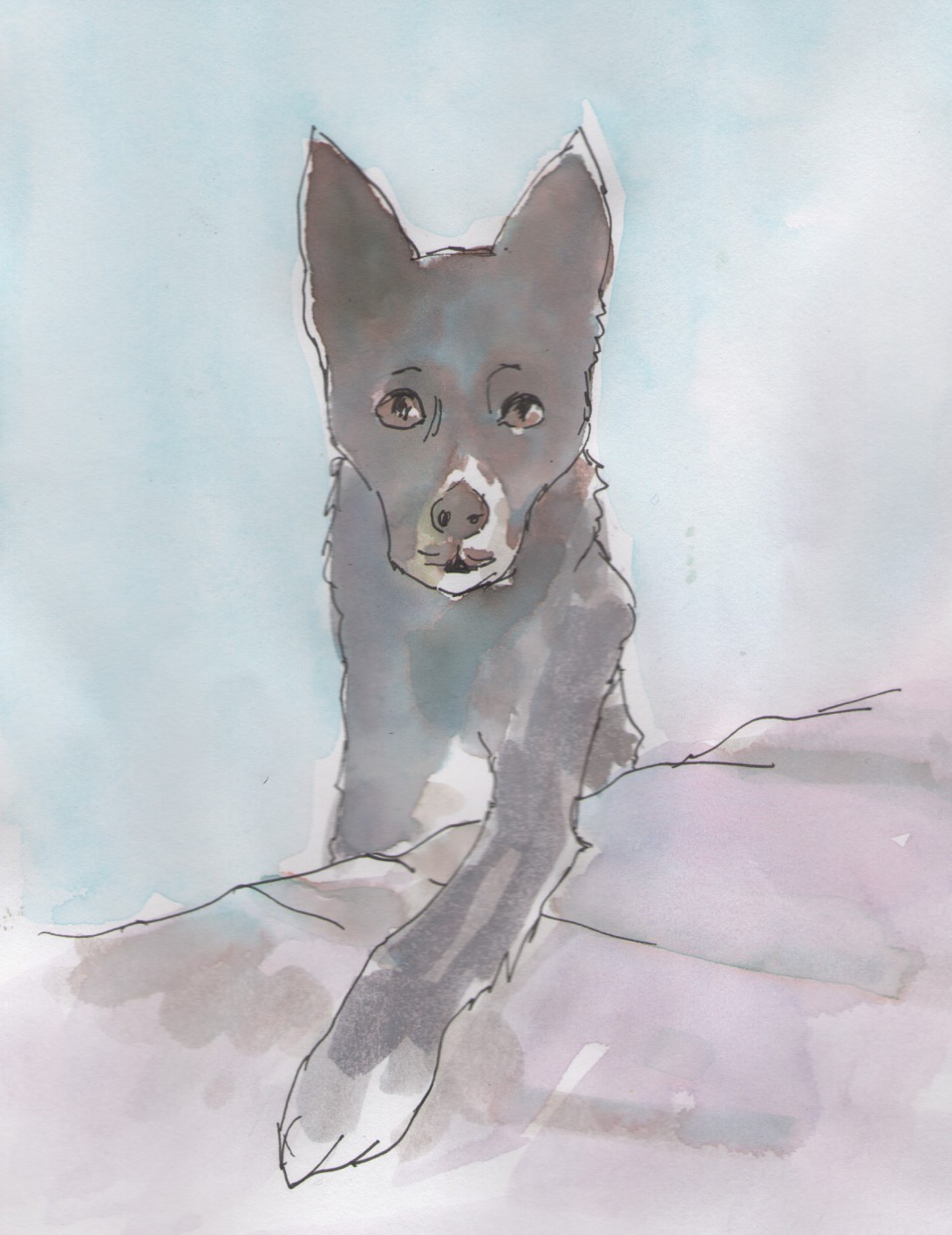 So Mick Fanning got into a bar room brawl with a shark. My money would have been on the shark as the two faced off, especially as the shark had a home ground advantage. Fortunately for Mick, he won on points. I would have done my dough.

It was a pretty gutsy performance, giving the shark a jab, knowing that it was in a massively heavier weight division.  But while Mick Fanning was in the fight of his life as the preferred contender of Mr. Sharkie, Julian Wilson who was competing against Fanning and witnessing the drama unfolding from a hundred metres away in the water was making the decision to swim over and help out. Now that is double gutsy. He was going to use his surfboard to try and stab it. I don’t know if you have ever picked up a surfboard to use as say… a steak knife, but I would postulate that it just doesn’t cut it.

My son surfs. It is a courageous thing to do. The hazards are numerous; getting hit by stray surfboards, suffering from exposure as howling winter winds lash deserted beaches, getting your head smashed into a reef, or drowning. And of course becoming a snack for a white pointer.

When accompanying my son to the beach, being a naturally timorous soul when it comes to the sea and its scary inhabitants, I am always on the lookout for dorsal fins. There are times I see only dorsal fins instead of waves. But that’s just silly because how could you surf on just dorsal fins?

Australia is a fav spot for sharks to do a bit of human taste testing.  But if a shark were to pop up out of the water and size you up for its hor d’oeuvre, no offence, it would feel bitterly disappointed because you would taste a bit bitter for a pointer. It would be like the title of a hideous movie He’s just not that into you. You would be much more attractive to a shark if you had a shiny slippery coat and looked like a seal. And tasted like a seal. So stop trying to balance a ball on your nose.

The horror is that Australia is ranked the highest for fatal attacks. There have been five in the last twelve months, so a certain amount of fear and vigilance is justified.

However, given the numbers of people who venture into the wine dark seas to frolic and tempt fate; the odds of becoming a victim of a well-targeted chomp from a set of three hundred teeth are small.

On average, four people die of shark attacks worldwide a year. In fact that contented, cuddly cow that you pat on your way to the beach as it hangs its head languorously over the paddock fence, may not be chewing up its cud contentedly, but chewing over how it is going to impale you to death. They are more likely to kill you than a shark.

And dare I say it as I glance at my faithful Jack, that a dog is higher up on the list of potential human executioners than your 1000kg garden variety, white pointer, especially if Fido is rabid with rabies.

There are many lethal creatures that lurk in Neptune’s garden. Box jellyfish, puffer fish, sea snakes, stingrays, pretty little shells, stonefish, blue ringed octopuses and all sorts of other notable undersea, underworld stars are ready to launch their deadly arsenal of weaponry in the form of stings, bites and barbs. They are spectacularly poisonous and lethal.

However malicious marine animals may be, most of the time we are left in peace as we infringe on the coastal fringes.

The most vicious and predominant predator of another human is one without big teeth (apart from Jim Carey) has no stings or poisonous barbs (strike politicians and divorcing couples.) It is of course another human. So instead of looking out for a dorsal fin, keep an eye on the joker next to you. 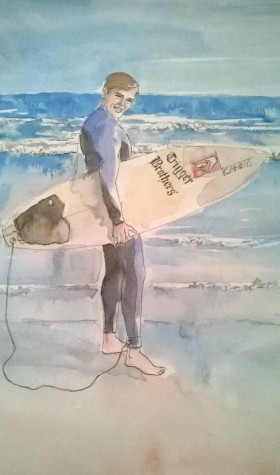 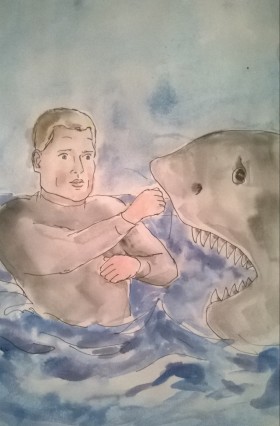